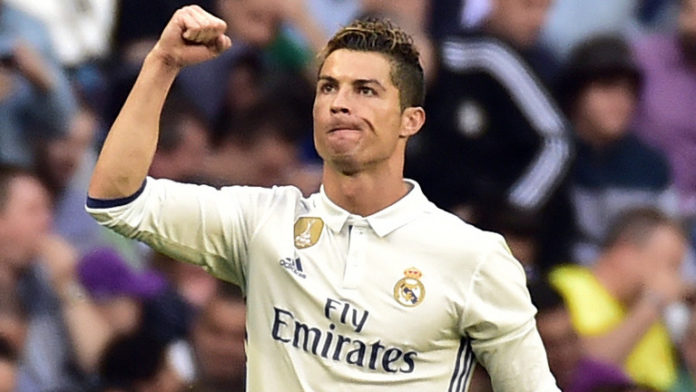 Speaking ahead of Real Madrid’s Champions League final against Juventus on Saturday, Ronaldo has revealed his frustration at being whistled by some of his own fans, despite scoring 285 goals in 241 appearances since leaving Manchester for the Spanish capital back in 2009.

The four-time Ballon d’Or winner says that, eight years on, he still prefers the supportive crowd treatment he received at Manchester United and England, even if he remains “happy” in Spain.

“I spent a lot of years at Manchester United and it [home fans booing] never happened to me. Not even once,” the 32-year-old told Spanish TV La Sexta ahead of the final in Cardiff.

“Maybe England is a case apart, the mentality is different.

“I’m very happy being in Spain but obviously I also miss England because you can’t just turn off the memories.”

Ronaldo has admitted the unsettling atmosphere towards him at the Santiago Bernabeu has been upsetting.

He said: “I don’t like it and it’s not normal that they whistle you in your own stadium. I just don’t like it.

“It shouldn’t be the case that a player who always wants to give his best and give 100 per cent for this team, when he makes his first mistake people whistle.

“It’s not correct. And when you are on a difficult run that is when you need extra support from outside, not less. Sometimes we don’t have it.”

Ronaldo signed a new five-year contract with the La Liga title holders in November 2016, which keeps him as the club’s top paid player. The Portugal international insists he wants to play for the club into his 40s.

He added: “I said when I signed my latest contract that it would be my penultimate and that I would play on until I was 41.”