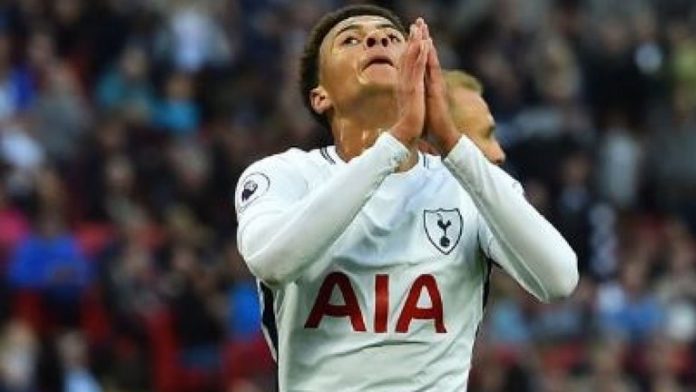 Dele Alli has admitted his disappointment with his rating on FIFA 18 and has said he will not play the game as himself until the score is raised.

Despite being regarded as one of the rising stars in English football, the Tottenham and England midfielder has voiced his outrage at his 84-overall rating, despite being ranked the same as Sadio Mane and Sami Khedira.

The 21-year-old midfielder has been rated among the top 100 players in the world on FIFA 18.

Alli has won the PFA Young Player of the Year Award for the last two seasons and has scored 30 goals in 75 appearances for Tottenham.

“I’m going to refuse to play with myself until I’m a little bit more realistic!”

“I’m not happy with my stats either,” he told the Daily Mail.

“They are the same as last year, that means there’s no improvement.”