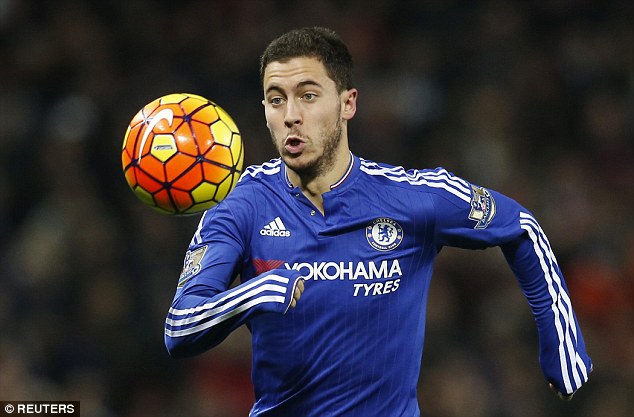 Chelsea winger Eden Hazard has said he would “listen” if Real Madrid offered him a deal, but added that he could stay with the Blues “for many years”.

Hazard, who has broken his right ankle while training on international duty with Belgium, has been heavily linked with the Champions League winners.

“We all have dreams. It could be Spain, it could be staying with Chelsea,” he told the Het Laatste Nieuws newspaper.

“But it’s not something I’m thinking about right now. We’ll see.”

Hazard added: “If I would ever join Real Madrid, I could end up on the bench too. I just want the best solution for myself.”

The 26-year-old, who joined Chelsea from Lille in June 2012, helped the Stamford Bridge side to win the Premier League title last season.

When asked if he could leave Chelsea, he said: “In football you never know, but at the moment it’s not something that’s on my mind.

“I’m a Chelsea player. I still have a contract for three years. We’ll see.”

On the subject of being offered a new deal by Chelsea, he continued: “They haven’t offered me anything yet, but it could happen. We’ll see after my holidays.

“The last few years everyone was talking about PSG (Paris St Germain), this year it’s about Real Madrid, next year it will be another club.”