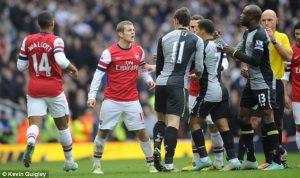 Chalk this up as a North London derby classic with lots of goals and a lot of spirit. Arsenal was in control for most of the early stages but were losing at half-time (that is yet another loss/draw at half-time for the gunners). In previous years, heads may have gone down and Tottenham would have easily buried the game. Unai Emery played his hands early by making two substitutions (credit to him) and both players had a role to play in Arsenal’s comeback. For Tottenham, the decision to play Juan Foyth ahead of Toby Alderweireld is completely baffling especially considering the fact that Jan Vertonghen is just returning from injury and is still gaining fitness. Their defending was not what we have come to expect from Tottenham with Foyth being poor for Lacazzette’s goal and then Vertonghen getting sent off later on. Arsenal seems to have a different attitude especially when playing the big teams. Up next for Arsenal, Manchester United.

Freak goal seals all three points in the Merseyside Derby.. 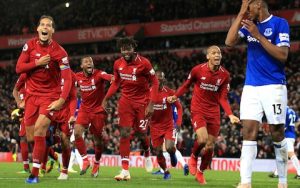 Another derby over in Merseyside in which the game looked like it was going to end in a stalemate (Van Dijk thought so as well) until Jordan Pickford mistimed the flight of the ball and allowed Divok Origi (yes, you saw that correctly) nod into an empty post in the last minute of the game. Everton seems to have improved and had Andre Gomez scored with his header from six yards, the game would have turned out differently (by score-line, definitely). Liverpool went with all three points. They have not had their players firing on all cylinders yet but are unbeaten and no matter what they do, they are still two points behind Manchester City. 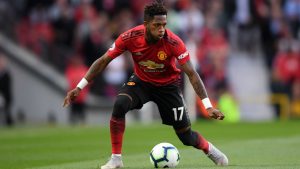 Manchester United had to show some steel to come back from two-goals down (again) and go in level in the first half. After the restart, it was expected that they would continue from where they left off but shocking, it seemed like the attacking threats just dried up. Another two points dropped for the Red Devils. They keep slipping away from the top four.

Real Madrid and Barcelona back in winning ways. 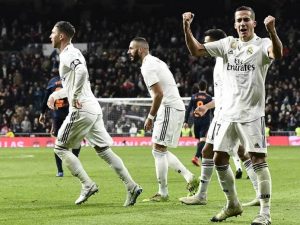 For Real Madrid, it was really important that they got back to winning ways after their terrible performance last weekend. They were assured in possession and the absence of Marcelo meant that most of their attacks came from the Dani Carvajal, who ran the right channel excellently and was involved in both goals. Real Madrid still fifth, five points behind leaders Barcelona, who took advantage of slip-ups from Sevilla and Atletico Madrid. 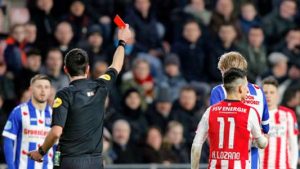 PSV’s winning streak came to an end over the weekend as a resilient Feyenoord team ensured that PSV went home with nothing. Feyenoord bossed the first half and scored twice (could have been more). In the second half, PSV had chances to level the game but some poor choices and poor finishing meant that they left with nothing. PSV still top of the league, with Ajax hot on their tails. 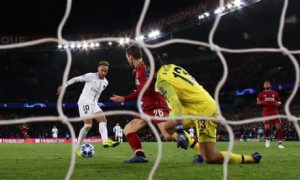 Paris St Germain finally dropped its first points in 15 games after their entertaining 2-2 draw against Bordeaux. PSG took the lead twice and were pegged back by a very determined Bordeaux side. Nothing to be worried about as they still hold a handsome 14-point lead over second placed Montpellier who happened to beat sorry Monaco.

The slump continues for Monaco.. 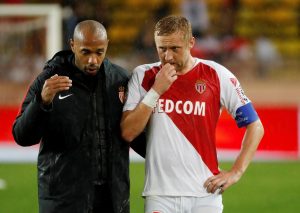 Another week, another low for Monaco. Right now, it does not seem like Thierry Henry can get this team out of this rot. Admittedly, there are still loads of injuries but this Monaco team does not have  structure or cohesion, giving away two goals in the final ten minutes of the game after taking the lead. More work needs to be done, and fast, else the teams above would continue to drift away.