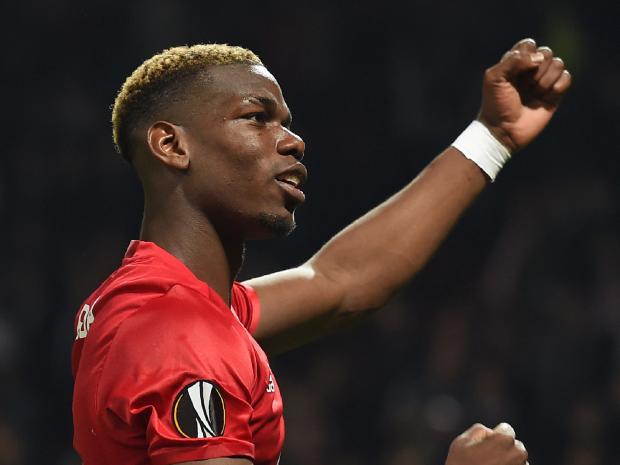 Manchester United are into the Europa League final after a 1-1 draw with Celta Vigo sealed a 2-1 aggregate victory.

Marouane Fellaini’s early opener was cancelled out by Facundo Roncaglia at Old Trafford, but United survived late pressure from Celta as both sides ended the game with 10 men.

Jose Mourinho’s side will now face Ajax in the final in Stockholm later this month. Here, we round up the talking points from Old Trafford.

Manchester United fans will remember this game for the outcome but not the performance. Celta were the dominant side at Old Trafford, enjoying a remarkable 67 per cent share of the possession and attempting 16 shots to United’s 11. They could have even won it if John Guidetti had not screwed Claudio Beauvue’s cut-back off-target with the last kick of the game.

Ultimately, though, the only statistic that matters to United is that they have reached the seventh European cup final in their history. This unconvincing performance will be a distant memory if they finish the season with a second trophy and a place in next season’s Champions League.

After breaking the deadlock with a brilliant free-kick in the first leg, Rashford delivered another decisive moment at Old Trafford. This time he was the provider, picking the ball up on the left-hand side and launching an inch-perfect diagonal cross for the onrushing Fellaini to head home.

Rashford has either scored or assisted each of United’s last four goals in the competition, and he almost added another when he eluded two Celta defenders and drew a fine save from Sergio Alvarez midway through the second half. In the absence of Zlatan Ibrahimovic, it seems Rashford is now United’s man for the big occasion.

A brawl broke out shortly after the equalising goal, with Eric Bailly and Celta goalscorer Roncaglia throwing punches amid the mayhem. The referee consulted his assistants before showing straight red cards to both players, who appeared to clash again as they walked towards the tunnel.

It was Bailly’s second sending off in the competition after his two bookings against St Etienne in the last 32, and his suspension for the final is a considerable blow to Jose Mourinho. United, who are already without Marcos Rojo for the rest of the season, have not lost a game Bailly has started since the 4-0 defeat to Chelsea in October.

Can Mourinho do it again?

Ajax are a talented young side who play exciting, attacking football, but United will head into the Europa League final knowing their manager rarely gets it wrong on the big occasions. Since his Porto days, Mourinho has won 11 of the 13 cup finals he has competed in.

It is a formidable record which highlights Mourinho’s ability to get the job done in big games, and it is all the more impressive when you consider he has never lost a cup final in normal time. The 54-year-old has been criticised about United’s playing style this season, but when it comes to cup finals, there’s no one better at bringing home the trophy.

Romero to keep his place?

Manchester United’s back-up goalkeeper will hope to keep his place in the final after an assured performance at Old Trafford. The Argentine, who has started 11 of United’s 14 Europa League games, made important saves from Iago Aspas and Pablo Hernandez in the first half.

It remains to be seen whether it will be enough to keep David de Gea on the bench in Stockholm, but Romero’s performance on Thursday night suggests he would be a more than capable starter. Mourinho has a decision to make.