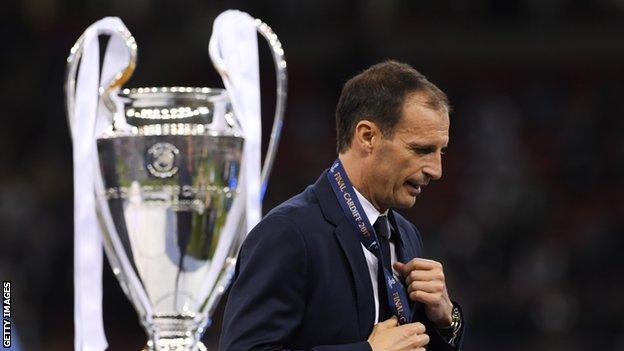 Juventus boss Massimiliano Allegri has signed a new contract with the champions of Italy until 2020.

“Side by side, Juventus and Allegri have created history and legend,” said a Juventus statement.

“Now is the time to make the next step forwards together.”

It added: “Today’s agreement extends a working relationship that has seen the Bianconeri consolidate their position as Italy’s top team and also evolve into one of European football’s major forces.”

In May 2016, former AC Milan boss Allegri extended his contract with Juve until the summer of 2018.

Juventus finished four points ahead of second-placed Roma in 2016-17 to be crowned Italian champions for a sixth straight season.

They also reached the final of the Champions League, losing 4-1 to Real Madrid in Cardiff last Saturday.