Conventional thinking sees this game is one-sided and easy to call, ‘Of course Guardiola’s men are better than their rivals! Easy win for the Citizens.’ But this could not be farther from the truth. Anything can happen in a Manchester Derby.

Just when you think United are on the ropes, they come up with an unexpected haymaker. The match (at 19:30 CAT) comes before the Anthony Joshua vs Andy Ruiz Jr II fight, so we’ll be glued to our TVs for a while. Who will claim bragging rights in the biggest game of the season?

It never fails to live up to expectations, and rarely produces draws. The last four matches have averaged 3.5 goals, so most are expecting goals. Guardiola’s men are fresh from a 4-1 victory at Burnley and are looking to maintain momentum to catch up to league leaders Liverpool. While Solskjaer’s United are looking to build on the confidence after beating Spurs on Wednesday night. Neither look impressive at the back, in fact, they record 0 clean sheets in their last 5 games.

The Champions are Fired Up

The Citizens secured a vital win against Burnley after failing to beat Newcastle. There’s a sense that the title belongs to Liverpool, not only because of City’s setbacks (injuries, VAR decisions, shady defending), but because the Reds seem to be dancing their way to glory. This will motivate Pep and his men more than anything else.

The game is at the Etihad stadium, and the Citizens have scored a crazy 43 goals in 15 games. So everyone will be expecting goals from the Home side. Be careful though, the Sky Blues are without legend Aguero who has 8 goals in 11 games in this fixture. Sterling, De Bruyne, and Gabriel Jesus will have to step up. Jesus is expected to fill the boots of Aguero and write his name in the history books. With the ridiculous support structure behind him, the Brazilian will be looking to score tomorrow.

City look very unsettled in defence without key man Laporte. Although Fernandinho is trying, he is not a natural defender and is prone to errors that lead to costly set-pieces in dangerous areas. Pep has been looking to rectify that, insisting that the Brazilian is his main man in defence right now. Indeed, they almost kept a clean sheet against Burnley but a lapse in concentration in the 89th minute meant they conceded again!

Solskjaer summed up his team’s mood right now when he said ‘Confidence is a strange thing in football, you can get a performance and a result like Wednesday night and it boosts it so much and I know our boys will be up for it.’

He didn’t stop there, he took a sly dig at the noisy neighbours about the derby saying ‘At least we play every year now.’ Reminding Man City followers of their poor history (It wasn’t too long ago City were competing in League One).

Man United are 6th in the league and 8 points from Chelsea and the final CL spot, so will be looking for a win here.

Marcus Rashford is leading United’s resurgence, and is a goal away from his record 10 in a full PL season. We mentioned he would be the decider on Wednesday night and he did not disappoint. As a local lad he knows what this Derby means, so there’s no doubt he will be the one to watch out for as he relishes big games like these.

On the other hand, United’s defence is shaky to say the least. They have conceded in each of their last 10 games, which comes as a surprise as their fans claim to have the best goalkeeper in the world. They possibly have their best back four available, but haven’t look convincing all season.

In terms of injuries, City are without Laporte, Sane, Aguero, and Zinchenko. The Citizens will play their usual 4-3-3 formation, with high octane fluid football- taking the game to united. They will look for an early goal to break United’s resolve and force Solskjaer to change his tactics. City’s defence needs repair as they look to cut off Rashford’s supply line. If they cannot put the brakes on Rashford and James they might be in for trouble. This is the expected line-up.

As for Man Utd, they are without Rojo, Bailly, Dalot, Matic, and Pogba. Martial is a doubt but should be in contention. The Red Devils will likely employ a 3-4-3 formation with a low block, to limit the spaces for City wingers. They are likely going to try and hit City on the counter through the flanks. The game plan will be to try to contain a City onslaught and take advantage of their adventurous wingbacks when they are out of position. This is the expected line up for the Red Devils. 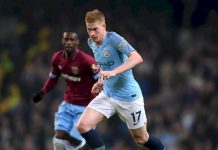 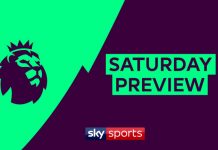