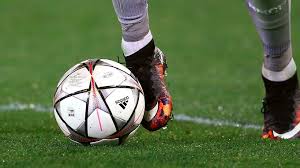 For a team that is one of the big boys these days, Tottenham’s away form since the beginning of the year has been nothing to write home about. On Saturday, the woeful form continued as Leicester City produced a very good comeback to steal all three points. For Tottenham, if they want to get back on track, the abysmal away form would need to be addressed. As for Leicester City, save for the loss last weekend to Manchester United, they seem to be on the right track under Brendan Rodgers. If they continue in this manner, they would most likely be the ones to take Spur’s place in the top four.

Liverpool had to fight hard to keep their 100% record in check yesterday against a youthful and resilient Chelsea. Obviously, two beautifully executed set-pieces were enough to down the Blues at the Bridge. However, the game could have taken a positive turn had Tammy Abraham taken his chance or if Azpilicueta’s chance was not ruled out. Fine margins. Ultimately, it was the lack of experience that was ultimately their undoing, in front and at the back. It is back to the drawing board for Frank Lampard. For Klopp and Liverpool, they are the team to beat now and it is going to be a massive ask for any team to do so.

Antonio Conte’s Inter Milan side produced an impressive performance by defeating their arch-rivals (not Juventus) in very impressive fashion. They could have had more but a 2-0 win is always satisfying and gives you bragging rights until the next one. Antonio Conte seems to be the real deal. Can he topple the Juventus juggernaut, can his team remain strong for the 38-game marathon, bearing in mind that Napoli has tried and failed (twice) in the last couple of years? Time will tell.

Barcelona has not scored a goal in 180 minutes now. Is it yet time for a crisis talk? In the last one week, they have looked very disjointed without Lionel Messi. Against Granada, nothing seemed to work. They barely tested Rui Silva and it is hard to imagine that a lot of millions have been spent in recent years (I am looking at you Dembele, Coutinho and Griezmnann) in key areas and there is practically nothing to show for that. Barcelona is just four points behind the top of the league but would need to get things sorted out as quickly as possible to be back in contention.

Neymar scored the only goal – a very good one- against one of their toughest opponents in Ligue 1 to keep them at the top. You might as well been reading a post from last week about Neymar and PSG because this is exactly what happened last week. PSG seems to be in very fine form as they have not conceded a goal since the 18th of August. Impressive. Regardless of the goings-on surrounding certain players, PSG would most definitely need a fit Neymar if they want to make strides towards lifting the trophy with the big ears.